OpenWater is a cloud-based solution that helps users manage the entire lifecycle of grant programs from registration to submission of various types of grants by reaching out to potential grantees. Key features include outcomes measurement, payment tracking, financial reporting, self-registration and grant award tracking. Designed for foundations, non-profits, corporations and government agencies, OpenWater's drag-and-drop interface provides form building tools to collect contact information and store them in a unified database for future reference. The team-based application comes with custom tools comprising dependant/multi-category fields to gather a wide range of data based on client requirements. Additionally, administrators can manage user access to review grant applications across multiple devices. OpenWater's panel helps enterprises get a comprehensive overview of ongoing grants programs, track changes across the pipeline and share them with team members to facilitate communication. It is available on a monthly subscription and support is extended via documentation, phone, email and other online measures. 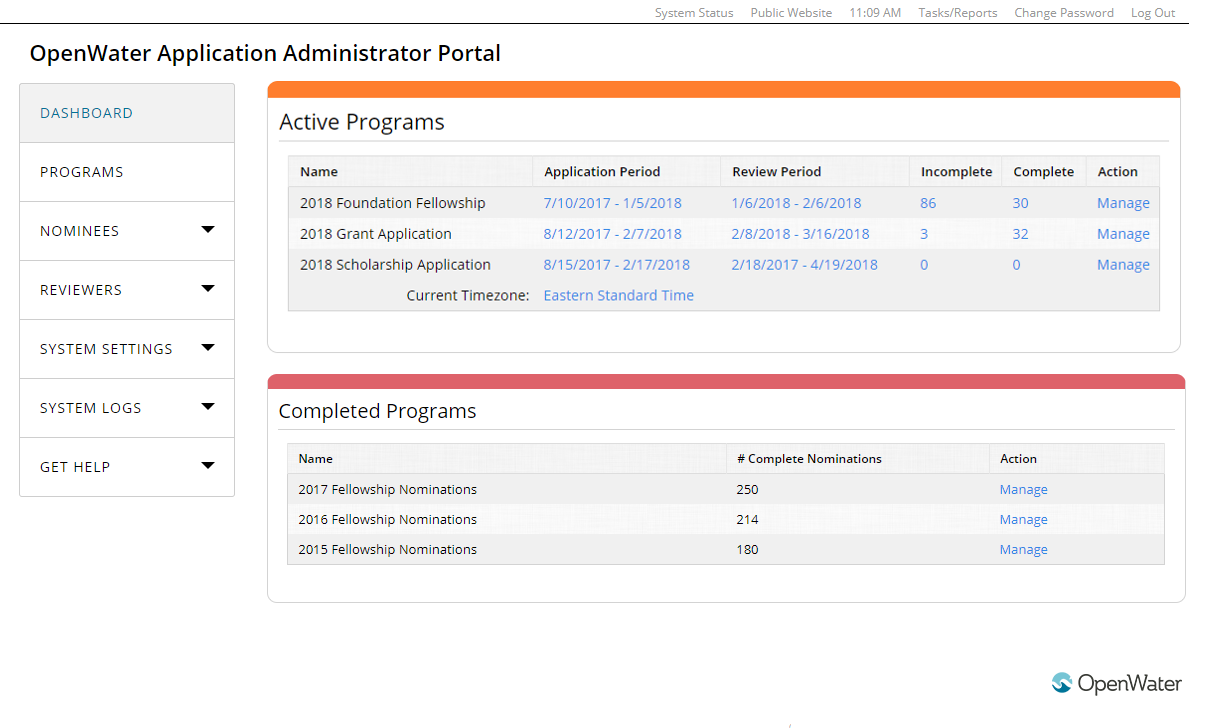 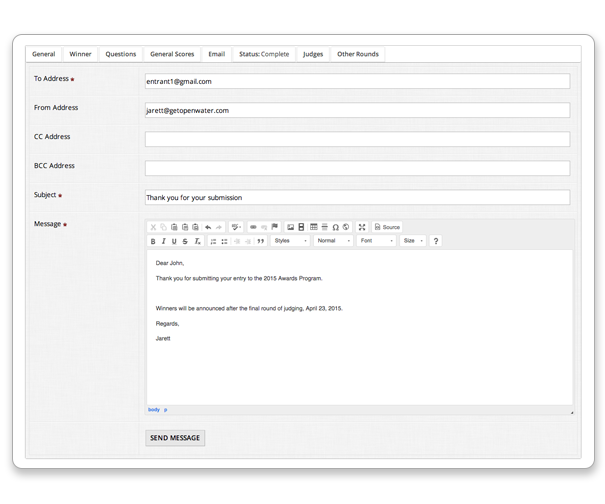 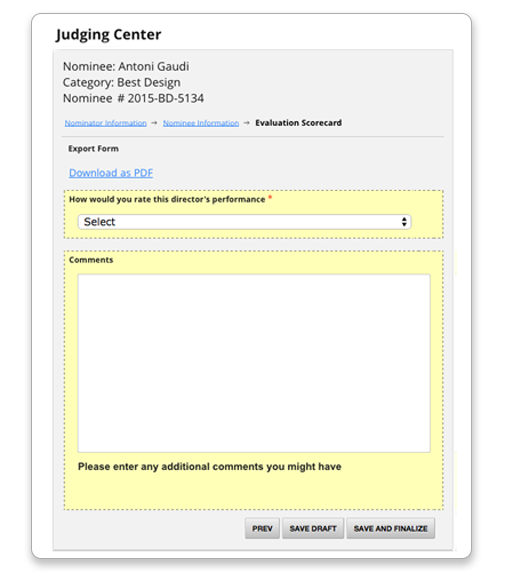 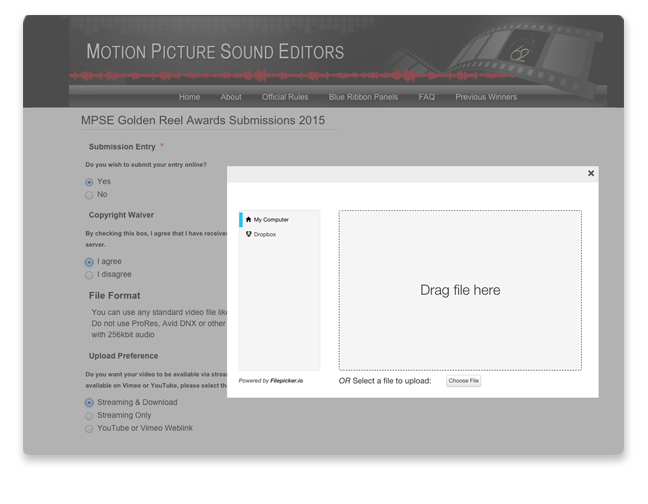 OpenWater does not have a free version.

5 (98 Reviews)
Submittable powers you with tools to launch, measure, and grow your social impact programs, locally and globally. From...
Compare Visit Website

5 (50 Reviews)
Sumbit.com is an online form and submission management solution that is designed for corporations, educational...
Compare Learn More

Great service and even better support.

It reduces the amount of time and effort it takes to run a program and extract the data collected.

It is extremely configurable and the company is very responsive to the needs of the customer. They have added features and functionalities that were not available so that they could suit our needs.

Some of the native reporting features could use improvement but were created for us at our request. It would be nice to be able to duplicate entries from a 2 step program into a 1 step program.

We weren't actively looking for a contest management solution but a Sales representative reached out to gauge our interest in OpenWater, after hearing about our Construction Intern Awards scholarship program. Up until that point we had been using Wordpress to manage this competition, which included a lot of manual maintenance, popular voting plugins, a bulky media gathering process, entry content display delays, and several other headaches.

On top of that, we had to use other solutions to manage the judging portion of the contest, which involved either rigging survey products or creating a mess of spreadsheets but both caused confusion for the judges.

What we liked most about OpenWater is that it addressed all of the above problems we were facing and allowed us the freedom to customize almost everything. Every other contest management software that we looked at wouldn't let us use our own CSS/HTML to style the site, relying on some sort of WYSIWIG instead.

After the initial setup, OpenWater was a huge timesaver. We have also had outstanding support reps since the beginning of implementation. We've asked for a lot during our time using OpenWater and they definitely come through for us.

Our contest is set up in a pretty unconventional way (weekly popular vote-based contests combined with a separate traditional scholarship application), and OpenWater has done a good job of keeping up with our requests. There are several smaller, nit-picky things about the popular vote functionality that could be improved but it's still better than what we were doing before. Another factor that we've had to work around is the fact that the contest dashboard looks the same for everyone who visits the dashboard, regardless of user type (applicant/judge/voter), which can be confusing for some users.

My company is using OpenWater to accept grant application submissions from individual faculty. Other departments also use the platform to accept student fellowship and volunteer applications. Overall we are able to do what we need, however there is no easy way to reveal blinded submissions for judging rounds. We're still in the building stages- and we like that we can build one round at a time instead of needing to have the judging settings set up before accepting applications.

In our organization the greatest asset for this software is the ability to host multiple sites. We're able to put application opportunities on separate secure platforms, each for different audiences.

The round options and judging settings are not automatically user-friendly. Another staff member had to spend some time explaining the features in detail before anyone from my team could use the product. For instance it isn't clear that the open round automatically has judging set up based on which program type is selected. And there is no testing feature- in order to test the application portal you must open the submission round. We also had to switch which staff would have super-user status since only two are allowed.

OpenWater has been very pleasing for membership. It solved several of our issues:
1. We needed a software that would tie into our database.
2. We wanted to be able to perform membership renewals with pre-filled data so that our members would not have to redo much if anything.
3. Allow members to stop and start without losing data.
4. Allow new data that was entered to flow back into our database.

We can now do all of this at a great rate and without a ton of hassle. I love that integration was not a long drawn out process either. The team at OpenWater worked well with our integration team and got us up and running in no time. It was helpful to have a couple of our programs created by OpenWater and then handed over to us after training as well.

I like that we CAN integrate this software into our database and have our users log in using their credentials used in our site and have some fields pre-populated.

The multiple ways to access the emails and the judging settings. It would be easier to have a main area on the dashboard of the admin panel and be able to tie the information to a program. Would like to eliminate the number of places to remember to go set up. It also does not tie into our database to update a status as paid.

We use the software to operate two photo contests. Most (not all) of our members understand the entry interface. We are able to do back-end management that would be immeasurably more difficult if we had to do it by hand.

Being able to offer these contests is a nice benefit for our members and gives us another way to interact with them.

We are probably not using it to its fullest extent, but it's very powerful and is constantly being improved. Our contest typically has around 3,000 entrants and we could not manage it manually.

Database aspects make management a breeze with easy access to judging results and entrant information. We pride ourselves on customer service and being able to answer user queries quickly adds to that initiative ... participants often express surprise at how quickly I am able to resolve their issues.

My supervisor once observed as I used the system to answer one of her questions and was also very impressed by the ease with which I could do so. The new search function works very well.

It's not intuitive to a new user. That said, learning how to use it and training others has not been difficult and superb customer service is always available when questions arise.

I recommend paying extra to have OpenWater set up the system. I had neither the time or the knowledge to create the first iteration although it appears that plenty of help would have been available. Now that we are up and running, it's a simple matter to clone the contest from year to year.